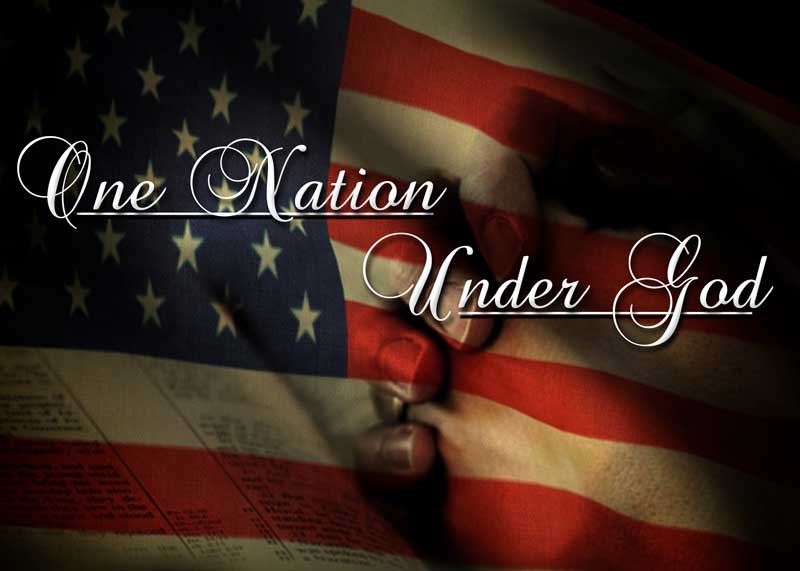 “When the righteous are in authority, the people rejoiced: but when the wicked beareth rule, the people mourn.” Proverbs chapter 29, 2-3.

Over 330 years ago, America was born. However, the idea of such a land as America was born more than several hundred years ago.  in fact it was God’s idea. America’s 1st civil government was based on a covenant with God. Those who came over on the Mayflower wrote the Mayflower compact before they stepped onto American soil. In it they basically said, “we have come to this nation to propagate the gospel of Jesus Christ and to establish good Christian government, based on his principles and we covenant with God to do that.”

23 years later, the colonies made a joint covenant saying basically the same thing. It was the 1st time in history for there to be anything like a United States where the various colonist cooperated together.

The idea for this kind of government was laid down by God and recorded in the Bible in Exodus 18; 21-22. It will show that God told the people to choose rulers of the children’s, 50s, hundreds and thousands, in other words local County state and federal. These were to be able men such as fear God, men of truth, hating covetousness. The government in this nation are based on these principles and these qualities and they are what we should be looking for in candidates.

For some time now in our  Bible studies on Sunday morning, we’ve been talking about mysteries that have been kept secret since the foundation of the world. These ministries will be revealed by Jesus in parables. In the parable of the talents, that is recorded in Matthew 25 and Luke 19, “ A ruler instructed in each of his servants to be stewards, and managers, over a certain number of talents, then he departed for a season. When he returned to settle accounts, 2 of his servants had multiplied the talents they were given and they were awarded for being good stewards. But because the third one was afraid he hid his talent. He did nothing with it. That got him into trouble with his master. Like the fearful servant, for many years Christians have chosen not to get involved in what is going on in the world politically. We have let fear, confusion and apathy keep us from taking our proper place in this country. The interesting thing about the servants in this parable is that not one of them asked to be stewards over the talents they were given. Still the master held them accountable. In the same way, as Americans we don’t ask to be born here. We did not ask to be responsible our  government. Nevertheless I believe God is going to hold us accountable for what we do with what we’ve been given Not being involved in the civil arena is not option especially in America.

Proverbs 29 2 “when the righteous are in authority and the people rejoiced: Poland the wiki room, the people mourn”, our founding fathers quoted this parable many times in their drive to elect and select only Christians to fill the office of rumors in this nation.

The Americans are the 1st people whom heaven has favored with an opportunity of deliberating and proving, and choosing the forms of government under which they should live. God has given to our people the choice of their rulers, and it is the duty, as well as the privilege and interest of our Christian nation, to select Christians for their rulers the above is a direct quote of John J, 1st Chief Justice of the United States Supreme Court.

“When you become entitled to exercise the right of voting for public officers, that had been impressed upon your mind that God commands you to choose for regular rulers, just men who will rule in the fear of God. The preservation of government depends on the faithful discharge of his duty if the citizens neglect their duty and place unprincipled men in office the government will soon be corrupted.”–Noah Webster.

Romans 13:1 says “let every soul be subject unto the higher powers.” “For there is no power but of God the powers that are ordained of God.” That means civil authorities are ordained of God verse 4 and 6 state that rulers of the  government are ministers of God. This Scripture clearly reveals the importance of government to God. 1st Timothy chapter 2:1–2 says we are to pray for those in authority–1st of all. Since the bible mentions this 1st it  must be important to God apparently Jesus considered service and civil government as a means of reward fund the parable of the talents of faithful service were rewarded 19. It’s also interesting to note that in Hebrews 11 the fate Hall of Fame the great heroes mentioned in verse 22 through 34 were involved in civil government.